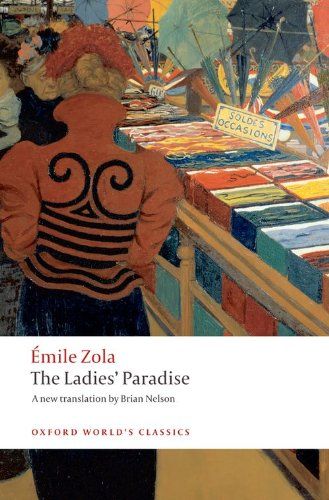 I’m now reading and very wrapped up in Emile Zola’s A Ladies’ Paradise, which the Masterpiece The Paradise is based on. Wow!

The story’s quite different as it’s set in Paris and Denise’s parents died leaving her with two brothers to look after and very little money. Thus she heads to her uncle in Paris, who’s a draper as in the television series. This uncle has more i.e. some customers and yet is more furious at Mouret (Moray on TV). Zola’s Mouret starts out as such a philanderer, with lots of contempt for women. I can see why the TV show lessened that aspect of his character. It’s just amazing to read about how huge the store is and how it’s run. 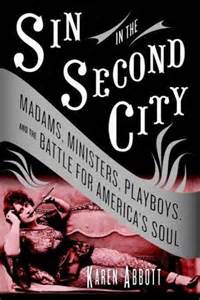 I’m also reading another Horatio Alger book. Again, I’ve just started the story, Joe’s Luck. Joe’s an orphan and a servant in small town New Jersey. He’s had it with the ill treatment of a miserly employer and heads to New York hoping to get on a ship to California while the Gold Rush is in full swing. Just now poor Joe was swindled out of the money for the ship’s ticket.

I’m also in the midst of a book on the Everleigh sisters who ran a high class, super high class brothel in turn of the 20th century Chicago. The Everleigh Club’s opulence is unmatched and the tales! Whoo. The girls. The men. The antics! Often beyond imagination.

Comments Off on Now Reading

Country girl, Denise Lovette comes to the big city hoping to work for her uncle. His dressmaking business is struggling as the competition from the shining, novel department store The Paradise has captured his old customers. Despite her uncle’s disappointment, Denise takes a job at the only store hiring, The Paradise. Soon she’s in her element, an elegant women’s department headed by Miss Audrey with new colleagues, some friendly and others envious and vengeful. What keeps Denise going is the world of fashion and commerce. She’s a natural marketer. Ideas on boosting sales come to her in torrents.

The Paradise is owned by John Moray, a widower who’s courting Katherine, a wealthy, spoiled banker’s daughter. Moray’s wife died under suspicious circumstances, known only to an equally suspicious character who lurks in the corners of The Paradise noting secrets in his little black book. Moray and Katherine’s rocky relationship is further disrupted by Denise, whose beauty, loyalty, innocence and sales acumen are mighty attractive. 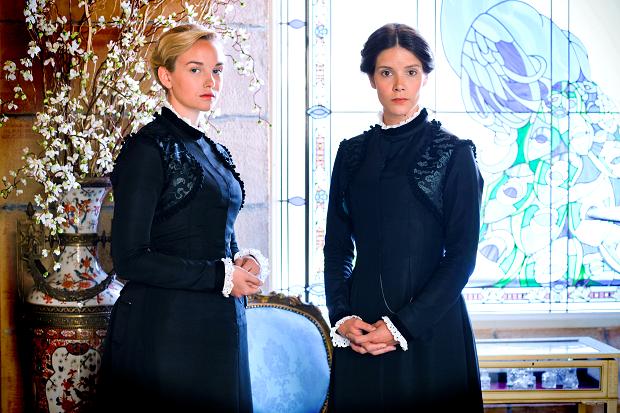 I highly recommend this series, which you can watch on PBS.org till December 17th. It’ll tide you over till the January premiere of Downton Abbey‘s 5th season. I’m caught up in the store and the complexities of the era. The series begins in 1875 or so and shows the excitement of new businesses popping up along with new opportunities for women in the work world. It also shows the downside, how dedicated craftsmen must fit to survive. It’s a Darwinian competition draped in silk and lace.

I plan to read Emil Zola’s The Ladies’ Paradise as soon as I get back to the states. Evidently, the BBC’s adaptation whitewashes some of the real problems, economic and social, for workers at this time. Since I’m an Upton Sinclair fan, I’ll probably enjoy the darker novel.

Comments Off on The Paradise

Posted by smkelly8 on December 1, 2013 in classic, drama, Masterpiece Theater