We’re fortunate to have Leonardo da Vinci’s notebooks. Thank God they weren’t destroyed by fire or flood in the 500 some years ago. However, we don’t have a diary or narrative of da Vinci (1452 – 1519) so biographer Walter Isaacson can’t be expected to provide with certainty the details he presented to readers of his Steve Jobs or Einstein books.

The real facts of Leonardo’s life experiences are foggy at best so Isaacson focusses on the notebooks, which contain his plans for inventions, his musings, his expenses, and his musings. Isaacson also includes long descriptions of Leonardo’s artwork with comments from art historians from long ago and today. I listened to this book on CD from the library. There is a PDF that the narrator refers to throughout the

I would have preferred a narrative, but I did find the book fascinating; I did learn more about this fascinating man, who was a great artist who hated painting, who was an engineer whose inventions more often than not didn’t work, who procrastinated, daydreamed and dabbled.

I enjoyed learning a little about how the Renaissance art workshops worked, how apprentices learned, how different painters sometimes worked on a painting. I wonder what modern art would be like if we had that.

I did sometimes tire of the long descriptions of the paintings from Isaacson’s point of view. I would rather get more from Leonardo, but there just aren’t many primary sources available.

With muted watercolor illustrations,Suzanne Slade’s  Dangerous Jane offers a biography of Jane Addams that teaches children of Addams childhood and her main accomplishments including her European travels, her bringing the idea of a settlement house to Chicago where she opened Hull House, to her speaking up for peace and winning the Nobel Peace Prize. Alice Ratterree’s illustrations convey a gentle past era, which doesn’t quite jive with the dire poverty and horrors of WWI, but it’s a children’s book so I understand the choice..

This short biography will acquaint children with a great woman.

Comments Off on Dangerous Jane

E.B. White: Some Writer! is some biography. A book for children, say grades 4 and up, is well researched and well written. Barbara Gherman’s biography is based on White’s letters and papers as well as on interviews with his relatives.

The biography begins with an overview and then proceeds to describe E.B. White’s life from grade school onward. The tone is delightful and readers get a sense of White’s shyness, his sense of adventure (within the US – traveling abroad was too much for him), his family life, love of nature and writing career. White, whose friends called him Andy,

The book contains many photos of White, his parents and family, which helps readers get to know White in yet another way.

As Charlotte’s Web, Stuart Little and his essay’s are among my favorite writings, I enjoyed learning more about the man. He’s as sincere and caring. He deeply cared about his friends, family and quality writing. The book was a fun, insightful read, which I highly recommend.

Comments Off on E.B. White: Some Writer!

Posted by smkelly8 on May 25, 2019 in book review, Children's Lit, contemporary, non-fiction

Though I’ve read other books on The Beatles this book added new details about his childhood, particularly his relationship to his father, and about his later life. I wasn’t aware of the assistant Yoko hired after she caught John being unfaithful. (True, John and Yoko both cheated on their spouses when they first met but still John’s infidelity hurt her.) The assistant May was to report in to Yoko daily and was a spy as well as an assistant. John knew that. There apparently was a tacit agreement that sleeping with May was okay. These arrangements did not lead to happiness or enlightenment or freedom. (I’m not surprised.)

The book is a quick read and the illustrations enhance the story well, conveying a past era. It’s not a book I’d recommend to a young teen because of its adult experiences and their depictions, e.g. showing Lennon using heroin. But for mature readers interested in music history or for graphic novel enthusiasts, it’s a satisfying book.

Comments Off on Lennon: The New York Years

Audubon: On the Wings of the World

I learned so much about the life of John James Audubon from the graphic biography, Audubon, Audubon: On The Wings Of The World . I knew nothing about his dedicated wife, who had to put up with her husband’s long absences as he worked on his magnum opus,  The Birds of America

This book tells the story of his life from his first foray into illustration and his courtship. His wife was incredibly patient and supportive. What Audubon was trying to do, illustrate birds so that they seemed fully alive, was unheard of in his day and he experienced great frustration because people kept comparing him to Alexander Wilson, an earlier illustrator, who inspired Audubon, but whom Audubon believed wasn’t as good as he was.

I was shocked at the number of birds, Audubon shot in order to illustrate all the species found in American. He’d shoot many of one species and shot thousands over all. According to the book, he did not find this at odds with his love for birds or his desire to add to their conservation and our understanding of them.

On The Wings of the World, has good illustrations, though they aren’t on par with Audubon’s own work. That would be amazing — and would probably mean a much more expensive book. I feel I’ve a fuller and deeper understanding of Audubon, who’s presented warts and all. It would make a great gift and belongs in every library.

Comments Off on Audubon: On the Wings of the World

I was lucky to get to see Pamplona starring Stacy Keach at the Goodman Theater. Set in a hotel room in Spain, Pamplona shows Ernest Hemingway struggle with writer’s block as the tries to write an article on bullfighting for Life magazine. As he struggles, Hemingway looks back on his life – all four of his marriages, his conflicts with his father and mother, his writing career and his love and respect for bullfighters and their sport.

Throughout the play, vintage photos are projected on the hotel walls placing the set in history. Pamplona is staged in Goodman’s smaller theater, which resembles Chicago’s Shakespeare Theater so every seat provides a good view in an intimate setting.

Keach brings Hemingway to life and is wonderful in this show. You have to be a powerful performer to captivate an audience for 90 minutes. Kudos to Keach, who made me want to read more Hemingway novels.

I enjoyed learning more about this writer and was pleased with the surprising ending. Just masterful. The play was one of the best of this year’s season.

Comments Off on Pamplona 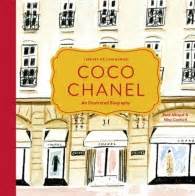 Similar to the illustrated biography of Jane Austen, Literary Luminaries: Coco Chanel is a delightful biography that provides the main details of Coco Chanel’s life.  Again, charm prevails as delightful illustrations show Chanel’s life from childhood as an orphan to later success with plenty of love affairs along the way. 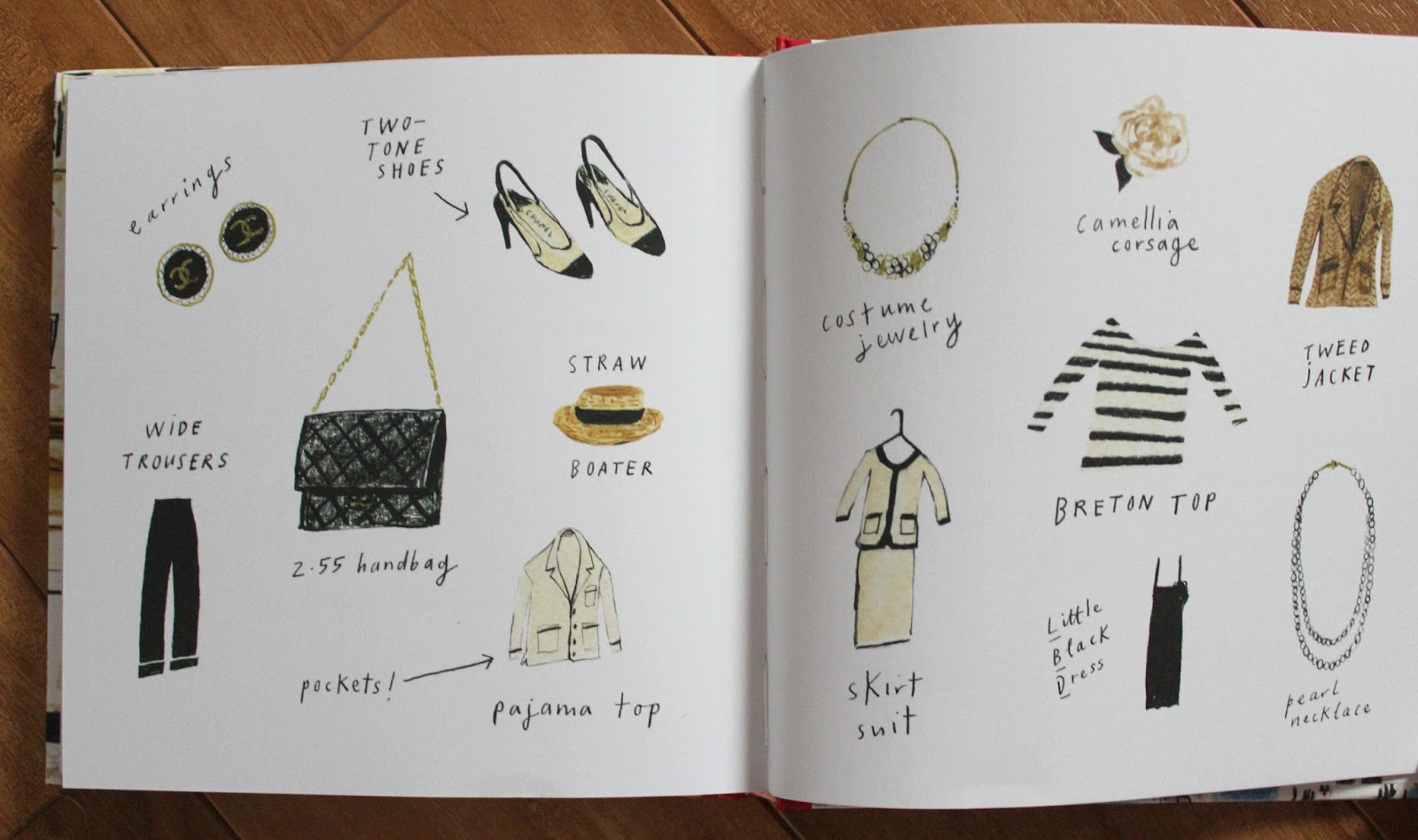 It’s a good introduction to the life of the sophisticated, brave woman who pared down fashion, gave us the “Little Black Dress” and quilted purses.

I’m thankful to Farah Shamma who led me to this book via her A BookTube Book YouTube channel.

Comments Off on Library of Luminaries: Coco Chanel

Zena Alkayat and Nina Cosford collaborated on a cute illustrated biography of Jane Austen. The text consists of the basic information on Jane’s life, but there’s nothing that you probably couldn’t get from Wikipedia.

The water color illustrations are charming and fit with Jane Austen’s tone and era.

It’s a quick, enjoyable read, but Austen fans won’t learn much that’s new. I realize that not that much is known about Austen, but this book doesn’t do much than offer some highlights. For more details, I suggest Carol Shield’s Jane Austen: A Life.

I think Alkayat and Cosford’s Jane Austen: An Illustrated Biography is a good book to check out from your library rather than something you need to purchase.

Comments Off on Jane Austen: An Illustrated Biography

Posted by smkelly8 on March 28, 2018 in book review, British literature 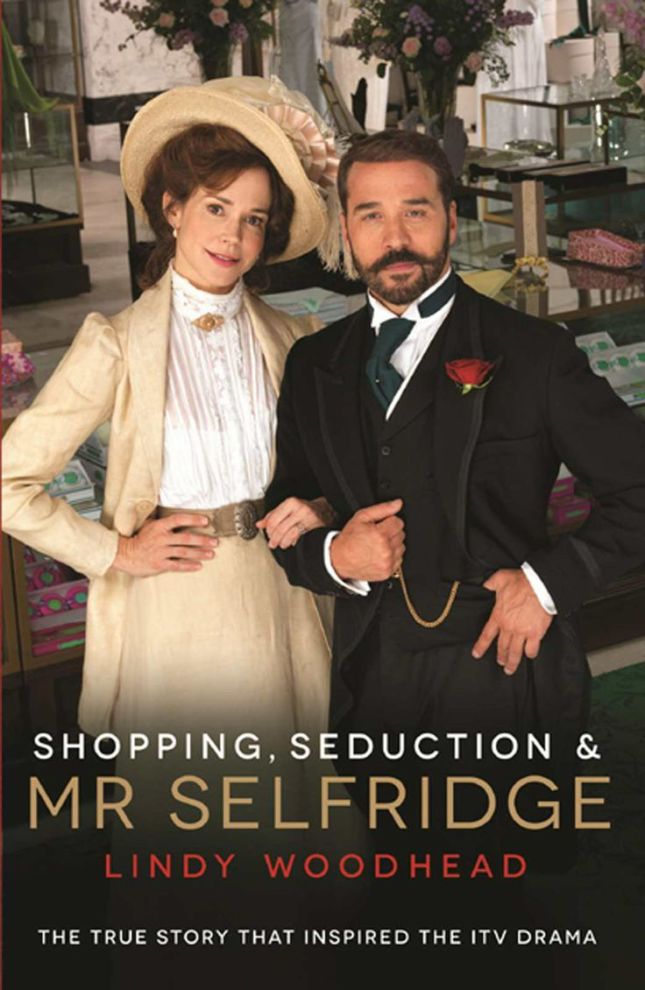 Lindy Woodhead’s Shopping, Seduction and Mr Selfridge provides the context and biography of H. Gordon Selfridge, Harry or Chief to his loved ones or employees. Woodhead chronicles Selfridge’s life from his youth when both his brothers died and his father deserted the family to his death. “Mile a Minute Harry” was a dynamo who started working at age 15 and made his way to Marshall Field’s in Chicago where his innovations in display and showmanship revolutionized shopping. It’s thrilling to read of this era when there was so much change and when drive and imagination could, for some, propel them to great wealth. (That still happens but so many fields have matured and aren’t new frontiers. Certainly retail isn’t half as exciting as it was when Selfridge started.)

Selfridge became a partner at Field’s due to his own chutzpah by just directly asking the much more reserved Marshall Field, who was going to offer it down the road. But when Field’s was choosing a successor, Selfridge knew it wouldn’t be him so he left Marshall Field’s and tried to start a store in Chicago. While it failed because the city just did not have enough sales staff of the ilk that Field’s had, Selfridge did make money on selling his store to Carson, Pirie, Scott. Too young to retire, he opened a store in London, a city that was stuck in time with fuddy duddy floorwalkers who’d expel any browsers. As the itv/PBS program shows Selfridge’s was part department store, part theater (an a hell of a lot like Marshall Field’s down to the evergreen bags). I enjoyed the book’s detail and rooted for Harry as he devised creative means to make shopping fun and his store bigger and amazingly service-oriented (like Field’s was).

After 1918, when his wife Rose dies, Harry’s life starts to slide for me. The store was still successful, but Harry’s proclivity for women got him mixed up with such apparently shallow women. He lavishes them with jewels and money to gamble/lose that you feel the impending financial ruin coming. It’s sad because had Rose lived longer, Harry probably would not have wound up in a two bedroom flat after selling all his property and losing most of what he built up. (I so hope the TV show takes its time running through history. The man’s life is just so sad at the end.)

Woodhead offers a lot of context including what was going on in entertainment, politics and city history for both Chicago and London. She shares what his friends and relatives thought about Harry, what allies and adversaries he had. Yet I felt there was a distance between Selfridge and me, the reader. So many questions may not be possible to answer. Harry did burn a lot of his letters when he got older. It’s rather cloudy how Harry and his wife met and what their courtship entailed. I didn’t feel I knew Harry the way I knew Proust after reading his biography. That might not be fair since Proust was a writer and probably more self-absorbed than most. Woodhead’s very thorough in her research so I grant if there was information to be had she would have found it. But perhaps Harry was the sort of life of the party that no one really knows well.

Comments Off on Shopping, Seduction and Mr Selfridge